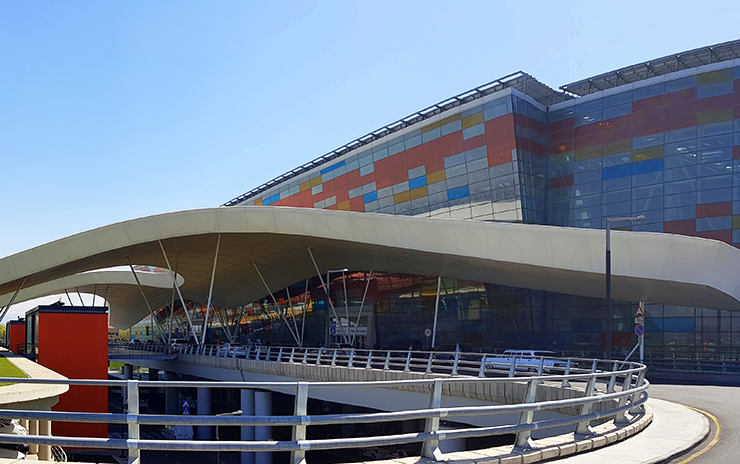 Zvartnots International Airport is 12km from Yerevan and is the busiest in Armenia. It is also the main transport hub of the country. The air harbour gets its name, which translates as ‘Temple of the Vigilant Angels’, in honour of the ancient church of the same name located nearby.

The airport terminal complex consists of one main terminal (not including a separate one for receiving state delegations). It includes two buildings: the arrivals and departures halls. The capacity is up to three and a half million people per year. At the exit there is a taxi rank and a three-storey car park. Its official name – Terminal 2 – can lead to confusion. But the explanation is quite simple: until 2011, Terminal 1 was in operation alongside it.

Passenger amenities include free Wi-Fi and numerous power sockets throughout the area, which can be used to charge mobile and other devices. If required, a SIM card can be purchased from the mobile operator’s showrooms located in the arrivals hall and when leaving the baggage claim area.

The International Air Transport Association has assigned an ‘EVN’ code to Zvartnots Airport. 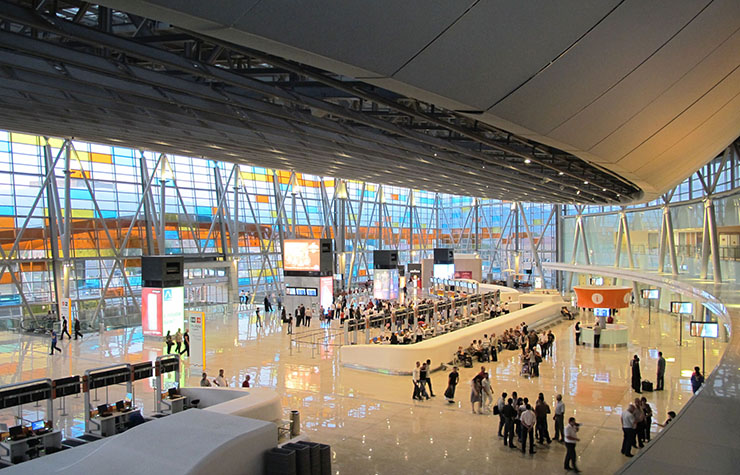 From airport to central Yerevan

You can get to the Armenian capital either by taxi or by bus. Below we will tell you how to do it to the best advantage.

To find cheap hotels in Yerevan, we recommend using the online travel agency Booking.com, which will select the best options for you.

There are 24-hour Elitebus express buses departing from the airport towards the centre of Yerevan every half hour. A one-way trip will cost 300 drams (the currency unit of Armenia) which is about €1. Payment can be made in cash. You can ‘catch’ the transport at the exit of the terminal.

The bus makes several stops on its way, including at the Republic Square, the heart of the city. The journey time is 20 minutes. The terminus is near the Isaakian Monument, on Abovyan Street. 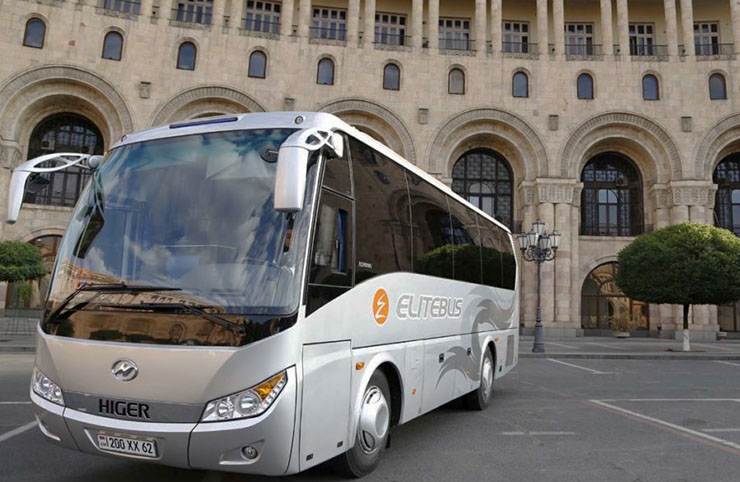 As for the taxi fare, it varies between 3,000 and 4,500 drams (€8-12), depending on the price tag of the particular taxi service ‘on duty’ at the air harbour. Private drivers also offer similar services and the fare is often cheaper. Be aware, however, that the average price in the city is 100 drams per kilometre, so it is advisable to use a special app and hail a taxi yourself in order to save money.

The video not only gives you an in-depth look at the infrastructure of the terminal, but also takes you through the entire passenger journey, from check-in to boarding the plane.