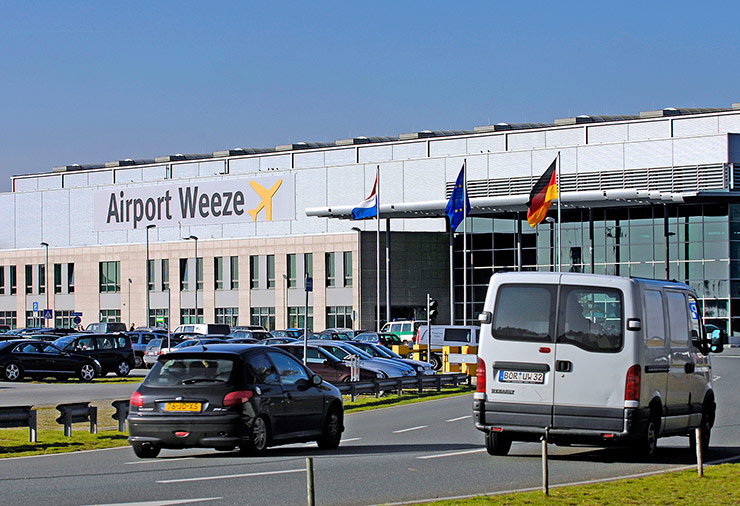 Niederrhein Airport, better known as Weeze, is located in western Germany, four kilometres from the German municipality of Weeze, after which the air harbour takes its second name.

Since the airport is practically on the border between Germany and the Netherlands, it offers easy access to Dutch cities such as Venlo, Nijmegen or Arnhem.

Although the airport is quite far from the German city of Düsseldorf (eighty-five kilometres), some airlines, mainly Ryanair, identify it with this city by referring to it as ‘Dusseldorf Weeze’, which is of course untrue and misleading for inexperienced passengers.

It’s a small airport with a single terminal. It is mainly used by budget airlines. However, the lion’s share of flights is operated by the same Ryanair, connecting Weeze with 33 cities in 11 European countries.

Passengers and visitors to the airport can enjoy free Wi-Fi throughout the terminal.

According to the classification of the International Air Transport Association, Niederrhein Airport has been assigned the code ‘NRN’. 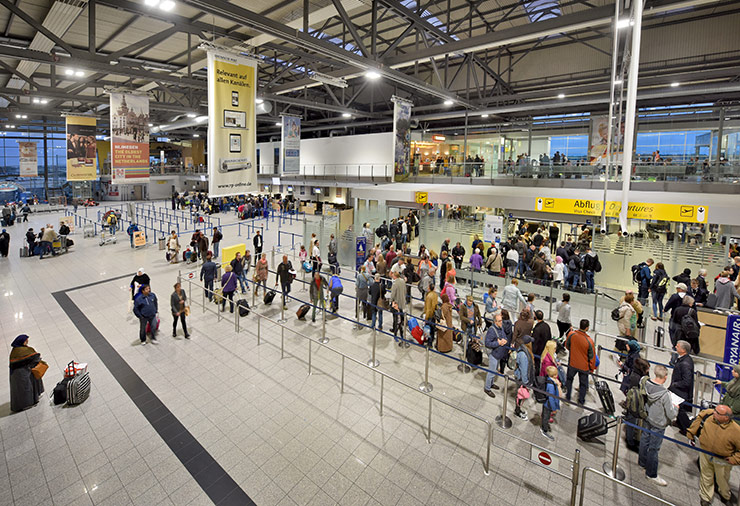 From the airport to Düsseldorf

You can get from Weeze Airport to Düsseldorf by bus, train or car (taxi). Each method has its own nuances, so it is advisable to familiarise yourself in detail with all the means of transport Niederrhein Airport with the state capital of North Rhine-Westphalia.

To find cheap hotels in Düsseldorf, we recommend using the online travel agency Booking.com, which will select the best options for you.

The easiest way to get there is to take the Flibco bus at the terminal exit. It connects the airport directly to Düsseldorf Hauptbahnhof (Düsseldorf Central Station). The bus timetable is linked to the flights.

The travel time takes about two hours. A one way trip will cost €21 (for an early booking on the website of the carrier you can get a ticket for only €5). It is advisable to book at least one day in advance rather than upon arrival in order to avoid overbooking. 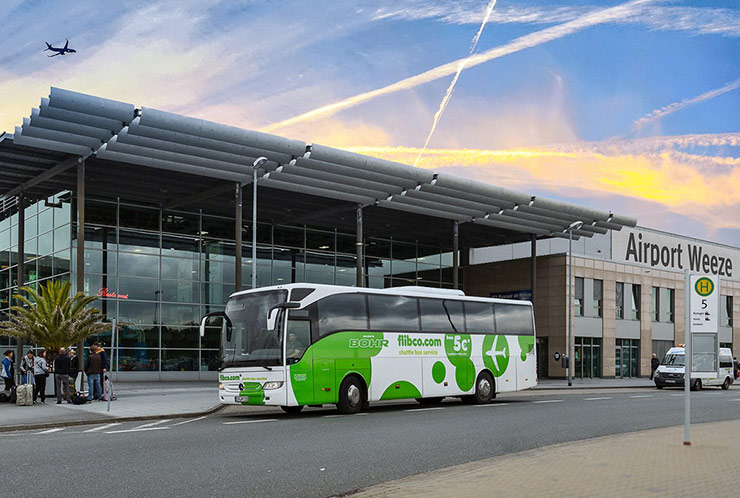 By the way, it is also possible to get to another major German city, Duisburg, from the airport. The fare on the 16-seater bus is €20. The timetable can be viewed here.

Another option is to take the train to Düsseldorf. It’s a bit more time-consuming and a bit more expensive. But it’s not the right way to go about it.

So, a regional train leaves every half hour every day from Weeze station towards Düsseldorf. It takes about an hour and the ticket price is similar to bus ticket (from €20). True, there is one ‘but’ – you still have to somehow get to the railway station of Wetze. It’s not a problem: every hour there is a bus running between the centre of the municipality and the airport, which stops at the exit of the terminal. The fare is only €2.80. Given the distance, it’s only a matter of minutes.

As for the Dutch cities mentioned at the beginning, you can also reach them by train using the diagram above.

And, of course, the easiest yet most expensive way to get to Düsseldorf is to use the services of the ubiquitous taxi drivers. Needless to say, where can you find cars with checkers? A comfortable, breezy ride to the centre of Dusseldorf takes 55 minutes and will ease your pocket to between €130 and €150.

The footage shows the road leading to Niederrhein Airport, the surrounding area, the inside view of the terminal, as well as the runway.