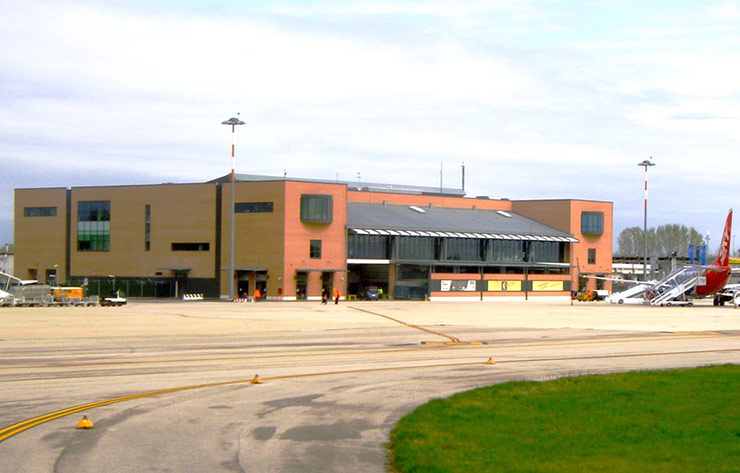 Treviso International Airport is just three kilometres from the namesake ancient town and thirty kilometres from Venice, Italy’s tourist mecca. Thanks to the latter the airport is very popular with tourists, even though Venice’s main airport is Marco Polo. Its popularity is no doubt due in large part to the powerful low cost airlines based there, such as Ryanair and Wizz Air.

Treviso is a small airport with just one terminal, opened in 2007. It can only handle one flight at a time. The terminal opens at 6 am and closes with the last flight.

There is free Wi-Fi access for passengers. After connection you need to check in at the special airport network. There is a currency exchange on the ground floor. Tax free office and car rental services are also located there. 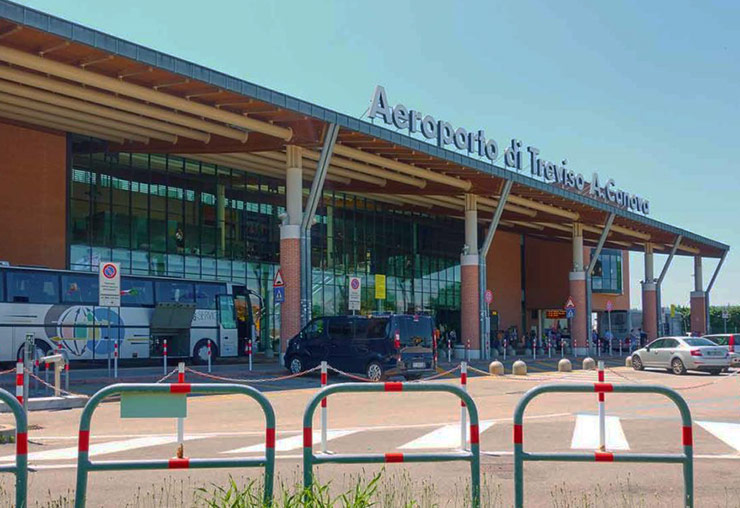 From the airport to Venice

Two convenient bus lines, ATVO and Barzi Bus Service, operate between Treviso Airport and the city of Venice. The buses wait for tourists at the exit of the passenger terminal and are connected to the flight timetable. And both routes make just one stop along the way, in Mestre, the former city and now a small district on the Venice mainland. The journey time to the final stop is about 40 minutes.

To find cheap hotels in Venice, we recommend using the online travel agency Booking.com, which will select the best options for you.

The one-way fare on Barzi Bus Service buses is €10, the ATVO service is slightly more expensive at €12. Baggage is included in the ticket price for both companies. Bus arrival and departure times can be found on the official websites of the carriers – barziservice.com and atvo.it. There you can also buy tickets online. Alternatively, tickets are sold at a special ticket office in the arrival hall. It is also possible to pay the fare from the driver. There are no seats indicated on the ticket, so you can sit wherever you like. 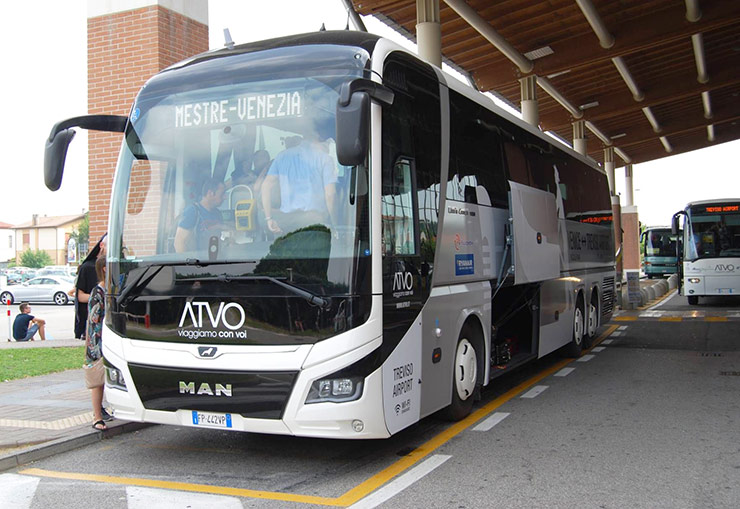 It is worth noting that ATVO buses terminate at Piazzale Roma, near Santa Lucia train station, while Barzi Bus Service drops off passengers at the outskirts of the city – the artificial island of Tronchetto. In both cases you can take the waterbus called vaporetto.

There is a more convoluted way to get to Venice from Treviso Airport. You can take bus No. 6, which stops outside the airport. It will take you to Treviso train station, where you can catch a train and reach Venice in about 20 minutes by exiting at Santa Lucia.

Finally, the price for a taxi from Treviso Airport to Venice starts at €90. And yes, it’s the most comfortable and fastest of all the modes of transport we are considering.

You have a great opportunity to get up close and personal with the airport by checking out the bus stops and exploring the surrounding area.