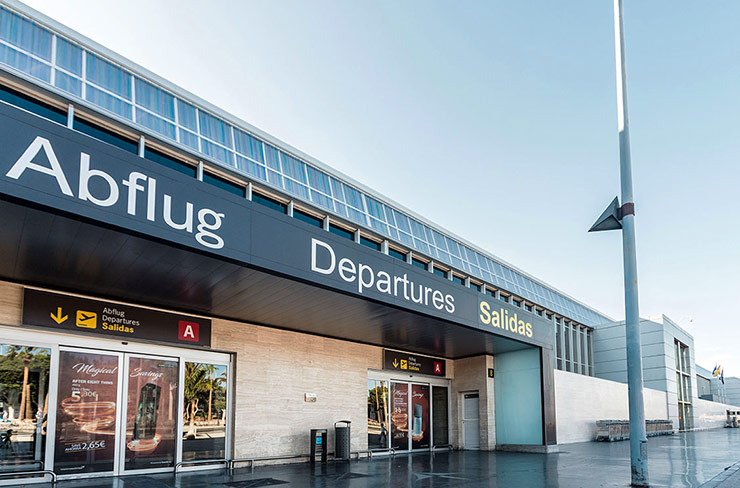 In fact, there are two operating international airports on the Spanish island of Tenerife – North and South. And despite the fact that the first one is located only 10 kilometers from the capital of the island, Santa Cruz de Tenerife, the second one has gained the greatest popularity among European tourists, which is close to such popular resorts as Costa Adeje, Playa de las Americas and Los Cristianos.

Tenerife South Airport, as the name suggests, is located in the southern part of the island, in the municipality of Granadilla de Abona. It is larger than its northern counterpart. So, its terminal, made in a classic brick style, consists of three floors. Passengers can enjoy free Wi-Fi by connecting to the ‘Airport Free Wifi Aena’ network. As for ATMs, they are installed in the departure and arrival halls.

The tourist highlight of the airport is the spotting point for the take-off and landing of aircraft. It is a stone hill with a bench, from which the runway is clearly visible. The ideal time for photographing is from morning to noon. Location coordinates: 28.043079, -16.570200.

According to the classification of the International Air Transport Association, the Tenerife South Airport has been assigned the code ‘TFS’. 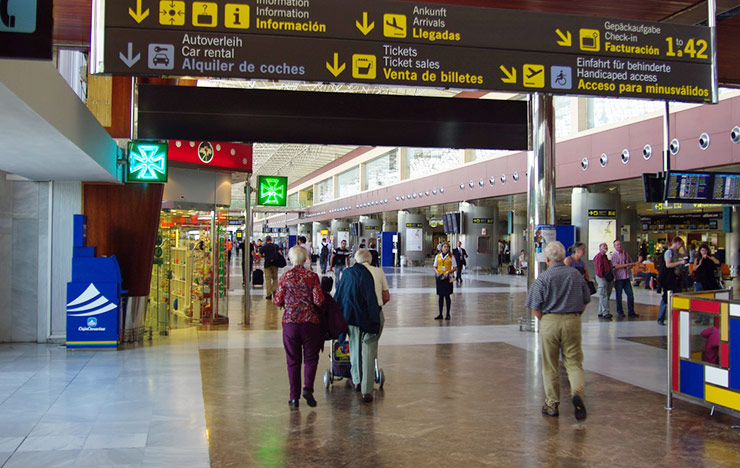 From the airport to Costa Adeje, Playa de las Americas and Los Cristianos

To get from Tenerife South Airport to the resorts of Costa Adeje, Playa de las Americas and Los Cristianos, you can use a taxi for the amount of €25-30 or use buses No.111, 711 and 343, which stop at the terminal.

To find cheap hotels in Tenerife, we recommend using the online travel agency Booking.com, which will select the best options for you.

It is worth noting that all three of these routes make the same stops in Costa Adeje (bus station) and Los Cristianos (Apolo Shopping Center). However, only bus No.711 comes to Playa de las Americas, and it has three stops here, one of which is located near the Zentral Center Mall.

Depending on the destination and the chosen bus line, the cost of a one-way ticket varies from €3.20 to €3.70. Accordingly, the travel time will be 30-35 minutes. You can pay the fare to the driver. 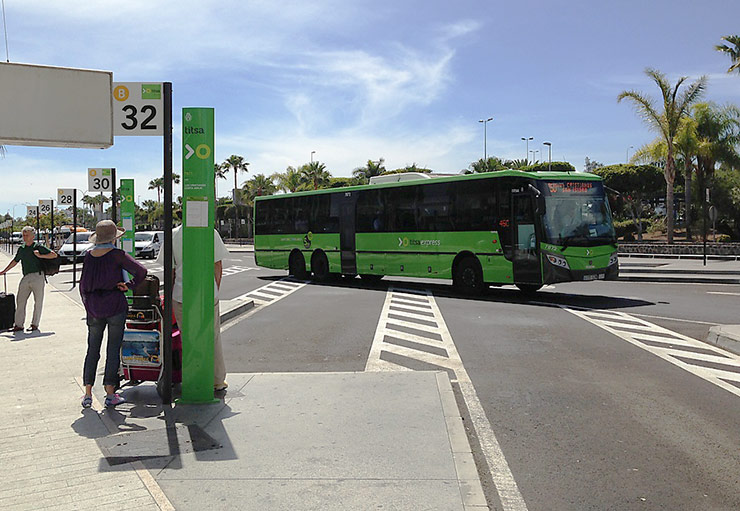 The transport schedule in Tenerife and its prices can be found here – https://www.titsa.com/index.php/en/.

If necessary, from the Tenerife South Airport you can get to the Tenerife North Airport by bus No.343. The issue price is €9.70. The journey will take 50 minutes.

Bus line 343 connects Tenerife airports with another popular resort of Puerto de la Cruz, known for its beaches with volcanic sand. Travel expenses will amount to €13.55 if you leave the southern airport.

If you are going to Santa Cruz de Tenerife, the capital of the island, then you need to use buses No.111 and 711, the final stop of which is located at the city bus station. A ticket from the Tenerife South Airport will cost €9.35.

With the help of this video, you will get acquainted with the surrounding area of the airport in detail, as well as visit the terminal and explore its infrastructure.