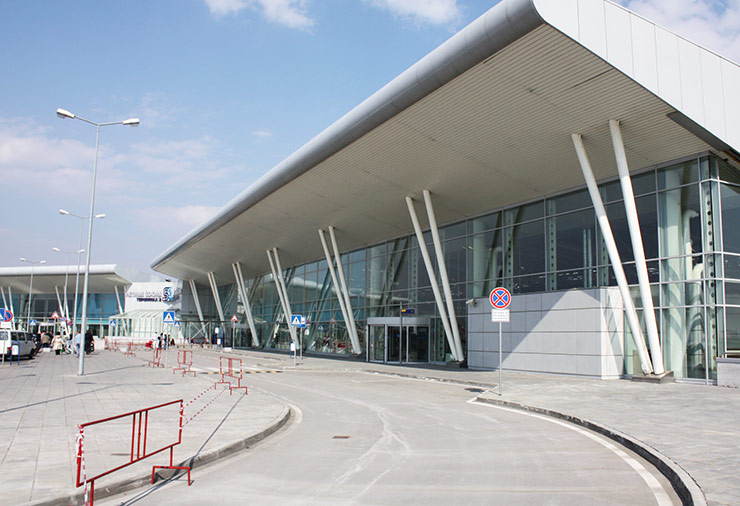 Bulgaria’s main air harbour is Sofia International Airport, located ten kilometres from the centre of the Bulgarian capital of the same name.

Sofia Airport is a hub for the national carrier Bulgaria Air as well as for the popular European low-cost carriers Wizz Air and Ryanair.

There are two terminals at the airport: Terminal 1 and Terminal 2. The latter opened relatively recently in 2006. There is a free shuttle bus service between the terminal buildings. ATMs and free Wi-Fi are available in the arrival and departure lounges of both terminals.

Sofia Airport is categorised by the International Air Transport Association as ‘SOF’. 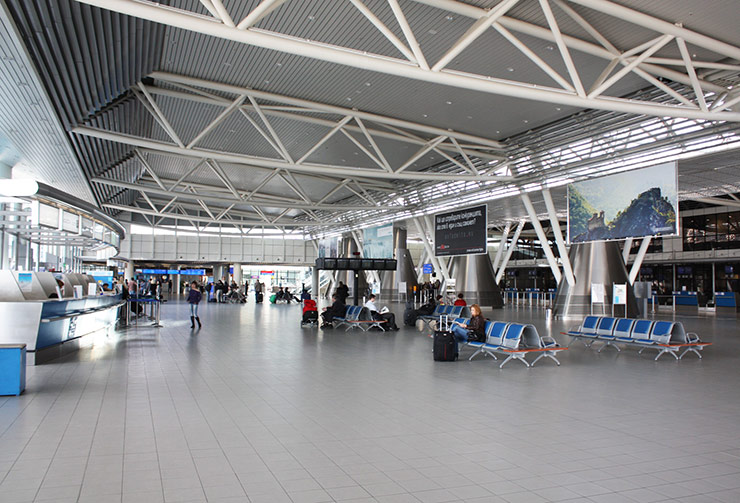 From the airport to Sofia

The easiest and cheapest way to get to the centre of the Bulgarian capital is by metro or bus. It is also possible, of course, to take a taxi. Let’s look at all the options in order.

To find cheap hotels in Sofia, we recommend using the online travel agency Booking.com, which will select the best options for you.

The east wing of Terminal 2 is the terminus of the Sofia Metro’s blue line. The name of the station is Sofia Airport. It’s easy to find: just follow the blue markings on the floor of the public area of the terminal.

It takes about 18 minutes to get to the city centre. A metro ticket costs 1.6 levs (€0.80). The ticket must be used within half an hour after purchase, otherwise it will not be valid. You do not need to buy an extra ticket to change to another metro line (there are two in total).

A map of Sofia’s metro can be seen here. 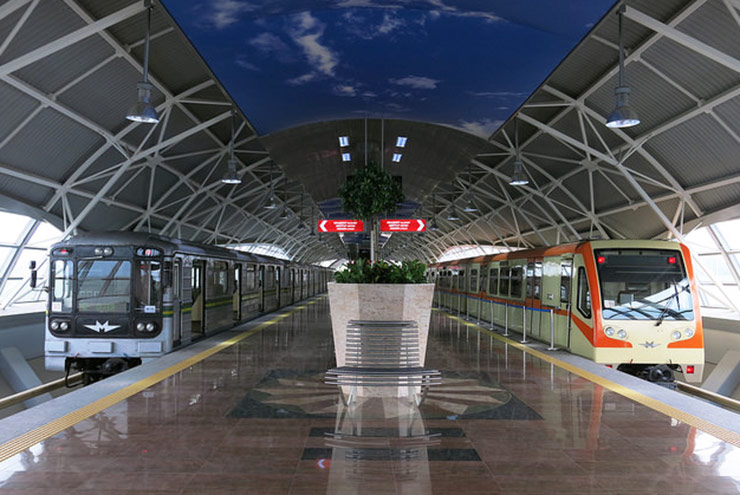 You can also use the metro to get to Sofia Central Bus Station and Sofia Main Train Station. To do this, get off at the ‘Централна гара’ station.

Another ‘cheap’ way to get from Sofia Airport to the Bulgarian capital is to use one of the bus routes.

Buses No.84 and No.184 connect both terminals to the historic city centre. The journey time will take between 35 and 45 minutes, depending on traffic congestion.

The fare is the same as the metro, i.e. 1.6 levs (€0.80). Tickets can be purchased at City Mobility Centre outlets, print kiosks and special machines that accept both banknotes and coins.

Bus timetables and routes can be viewed here. 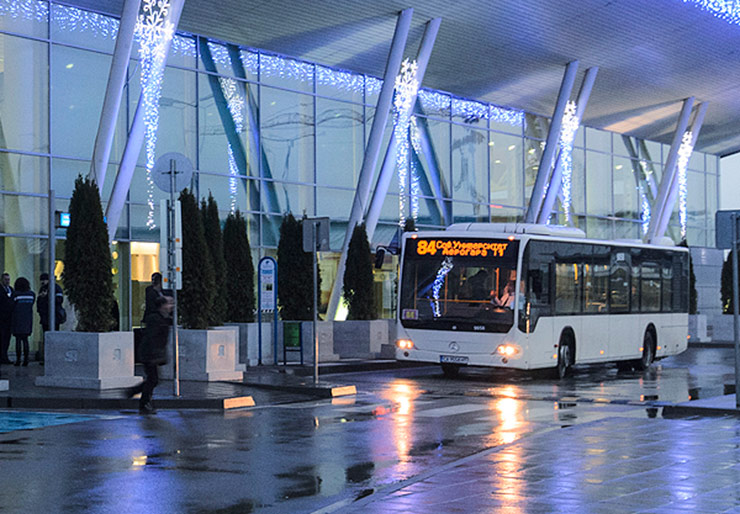 The most comfortable, and therefore most expensive, way to get into the city centre is to use a taxi service. Taxi stands are located at the exits of Terminal 1 and Terminal 2. The cars are distinctively yellow with checkers.

A taxi ride will cost at least 10 levs (€5) but takes only a few minutes. Be aware that a higher fare applies at night.

In the video you will learn how you can drive up to Sofia Airport, what Terminal 2 looks like inside and outside, and what services are offered to passengers.