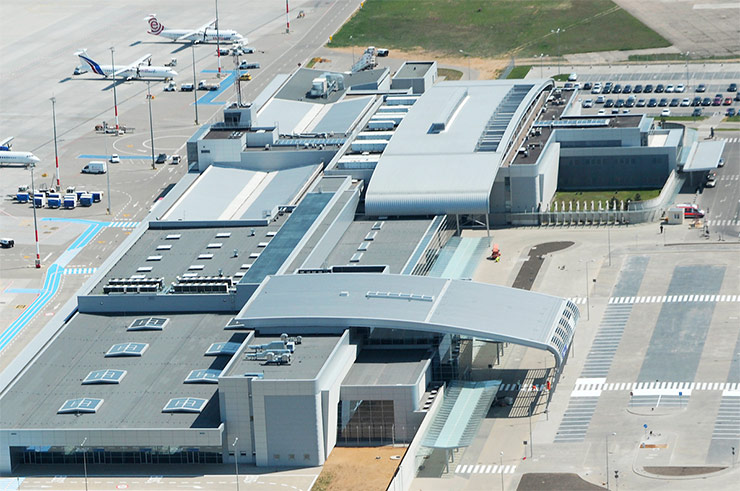 Poznan-Lawica International Airport is one of the oldest in Poland. It was built in 1913. Remarkably, until 2009 its northern part was used for military aviation.

The airport is located five kilometres from the centre of the Polish city of Poznan and consists of an expanded terminal (T2 and T3), inaugurated in 2012. The airport owes its popularity not least to low-cost carriers such as Wizz Air and Ryanair.

Free wireless internet (Wi-Fi) is available throughout the terminal: unlimited access with social media authorisation; for 30 minutes with a guest connection. In addition, there are two ATMs and several car rental services available.

Poznan-Lawica Airport is coded ‘POZ’ according to the classification of the International Air Transport Association. 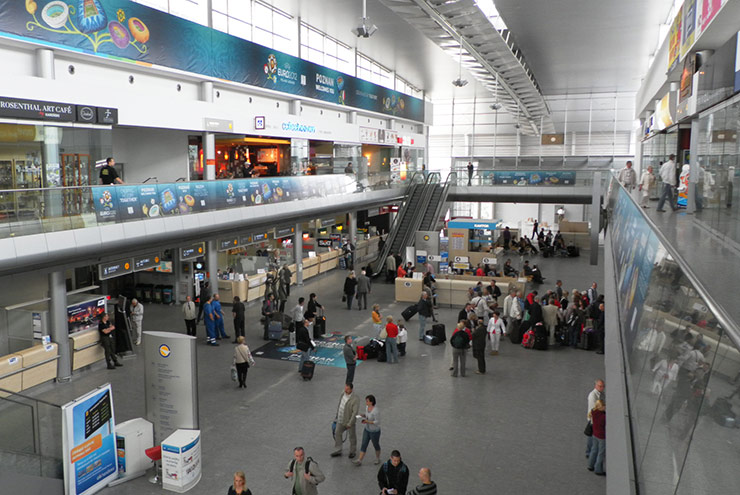 From the airport to Poznan

The easiest way to get from Poznan Airport to the centre of the city of the same name is by public transport, represented by buses No.159, No.222 and No.148. The stops of the first two are just outside the passenger terminal, the last one is 150 metres away, behind the airport.

To find cheap hotels in Poznan, we recommend using the online travel agency Booking.com, which will select the best options for you.

Buses No.159 and No.222 have a similar route towards the centre, only the former is limited to daytime hours (05:00-23:00) and the latter to nighttime hours (23:30-04:00). The night bus leaves once an hour, while the day bus leaves every 15-20 minutes. Both make a number of stops along the way. Bus No.159 goes to Poznań Główny Central Station, which is well connected. Bus No.222 stops about 500 metres from the station at Bukowska Street, from where you can take other means of transport to your destination or change to another bus.

As for route 148, its terminus is a little further from the aforementioned Bukowska Street – near the Old Zoo. Due to certain inconveniences, this bus can be seen as a back-up option.

On average, it will take about 20 minutes to get from the airport to Poznan city centre on any of the routes described here.

The fare is 5 Polish zlotys (€1). Be sure to stamp your ticket on the bus.

You can buy tickets both at the kiosks in the arrival area and from special vending machines at the bus stop. In addition, ticket vending machines are installed in many buses – there is a sticker informing about this possibility at the entrance. You can only pay at the ticket machine in 10 Polish groschen, 20 groschen, 50 groschen, 1 zloty, 2 zlotys and 5 zlotys (the machine gives change).

Tourists can also take a taxi. The trip to the city centre will then cost about 40 zlotys (approx. €9) and the journey time is significantly shorter compared to the city transport.

With this clip you can take a look at the Poznań Ławica Airport building, explore the surrounding area and wander around the passenger terminal.