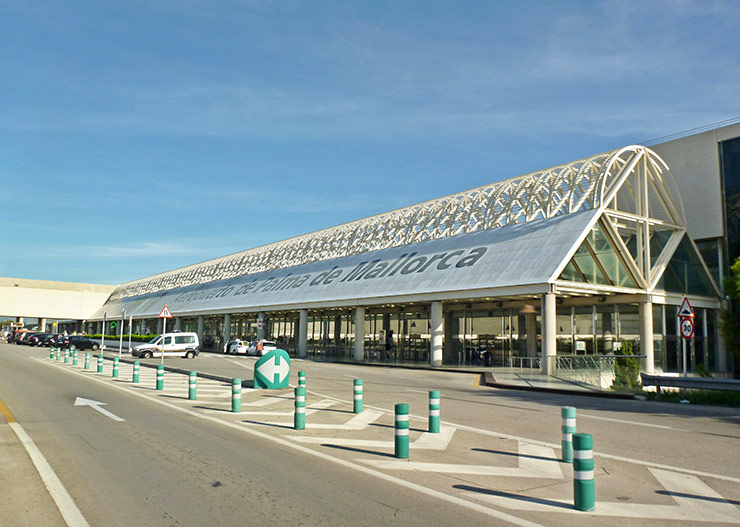 Palma de Mallorca International Airport is located eight kilometers from the historic centre of Palma. The nearest settlement is the resort village of Can Pastilla, located on the shores of the Mediterranean Sea. The airport is one of the national top three in terms of passenger traffic – after Madrid-Barajas and El Prat.

The airport serves as a hub for such popular low-cost airlines as EasyJet, Jet2.com and Ryanair. Today, Palma de Mallorca consists of one main terminal and four additional modules – A, B, C and D. Unlike the first two, which previously served as separate terminals, the latter appeared as a result of the modernization of the entire infrastructure in the late 1990s.

Recently, airport passengers have the opportunity to use free Wi-Fi in unlimited quantities – previously, the service was provided free of charge only for the first fifteen minutes. To do this, you need to connect to the ‘Airport Free Wifi Aena’ network, enter the address freewifi.aena.es in the browser, wait for the welcome page to load, log in via email or social networks, and finally accept the terms.

As for receiving cash, in addition to currency exchange offices, several ATMs are installed on the territory of the airport – in the departure and boarding area, as well as in the arrival and baggage claim areas.

According to the classification of the International Air Transport Association, the Palma de Mallorca Airport has been assigned the code ‘PMI’.

From the airport to Palma

Public transport in Palma is represented by two types: buses and metro. The latter does not cover the suburbs, so the only way to leave the airport cheaply is to find a bus stop and wait for the required route. By the way, if you need accommodation, we recommend you to use the search for cheap hotels in Mallorca.

To get from the airport to the centre of Palma, you need the A1 bus, which runs from 6:15 am to 1:15 am every 15-30 minutes. The fare for non-residents is €5. Admission is free for children under 5 years old. The journey will take 20-30 minutes, depending on where you need to go. The bus stop is located on the street, at the exit of the arrival area. The final stop of the A1 route is called 20-passeig Mallorca – Jaume III, it is located in the centre of Palma, within walking distance from the port. If you wish, you can get off earlier, for example, at the Plaza de Espana, where you can take the metro. 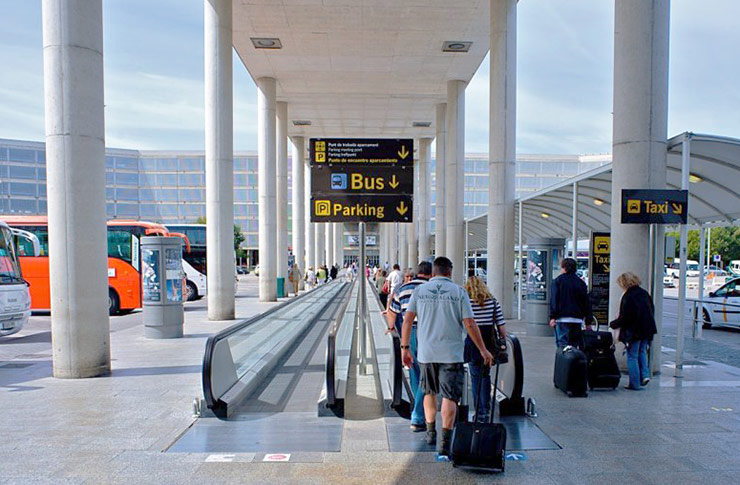 A similar trip on the most comfortable mode of transport – a taxi – will cost an average of €25, and its duration will not exceed 15 minutes.

From the airport to Magaluf and Santa Ponsa

There is no direct transport connection between Palma de Mallorca Airport and the towns of Magaluf and Santa Ponsa. However, there is an opportunity to get to these popular resorts on the island. As in the previous case, the bus will help. At the same time, you will have to make a transfer in the city of Palma.

First you need to take the same A1 bus. After about 15 minutes, you need to get off at the stop 598-pl. d’Espanya – Estacio Intermodal. Here, on the Plaza de Espana, there is an underground station Intermodal, which is simultaneously a railway station, metro and bus station. The transport hub is located across the street from the bus stop. Escalators and steps lead down. 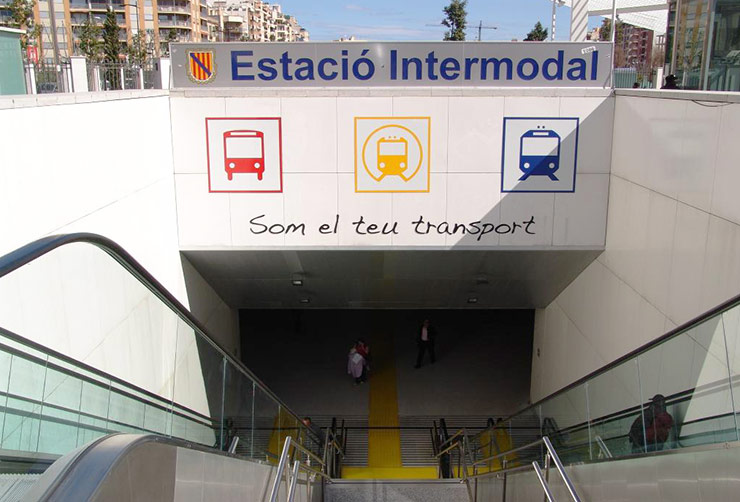 Next, using the signs, you need to find a parking lot of red-yellow buses. Please note that the ticket offices at the station are for rail transport, bus tickets are purchased from the driver, and banknotes higher than €20 are not accepted.

If you are going to Magaluf, then you will need bus No. 104. Travel time will take half an hour. The final stop is Cami Porrassa, which is in the central part of the city. The fare is €3. By the way, the bus crosses another popular resort in Mallorca – Palmanova. The route schedule can be found here – https://www.tib.org/en/web/ctm/autobus/linia/104. For comparison: a taxi ride from Palma de Mallorca Airport to Magaluf will cost about €60. 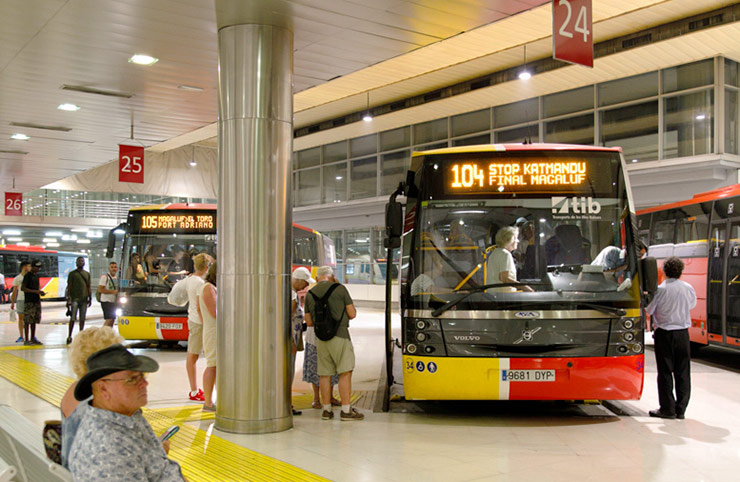 To get to Santa Ponsa, you need to buy a ticket for bus No. 103. The trip will last 25 minutes and will also cost €3. The route schedule can be found here – https://www.tib.org/en/web/ctm/autobus/linia/103. In addition, during the summer season, from June to October, the A11 bus line is launched, covering the northwestern part of Santa Ponsa, and the route ends in the small resort village of Camp de Mar. Taxi services from the airport to Santa Ponsa will cost €50.

We offer you an excellent video instruction on how to find a bus stop when exiting the terminal.