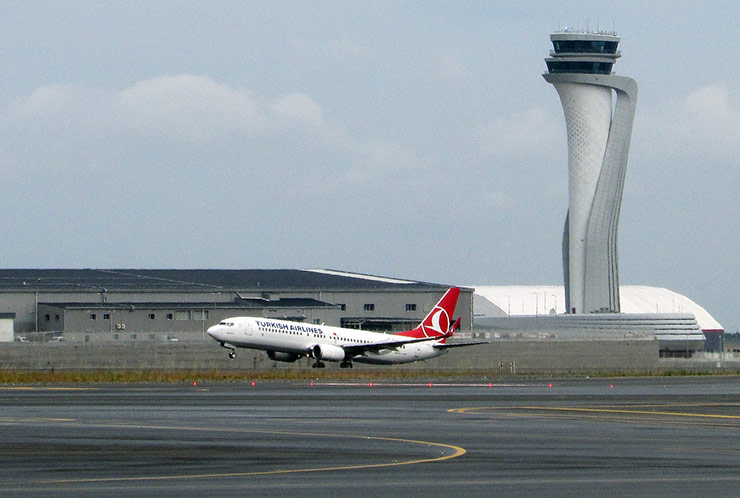 Istanbul International Airport (İstanbul) is located 35 kilometres from the city centre, in the European part of the city. The state-of-the-art air harbour opened its doors in 2018, becoming Istanbul’s third airport, alongside Ataturk, which will close for passenger traffic in 2019, and Sabiha Gökçen, which is located in the Asian part of the city.

Despite its active operation, Istanbul Airport is still under construction, and claims nothing less than the title of the largest airport in the world. Currently, there is one main terminal at the disposal of passengers, where you can use one hour of wireless Internet service from Türk Telekom free of charge. In addition, the airport has, among others, many ATMs, information services, parking and even its own hotel (Yotel).

The airport serves both domestic flights (45 cities) and international flights (249 cities in 110 countries). In addition to the national carrier Turkish Airlines, Istanbul Airport serves all flights of foreign companies.

Istanbul Airport is coded ‘IST’ according to the classification of the International Air Transport Association. 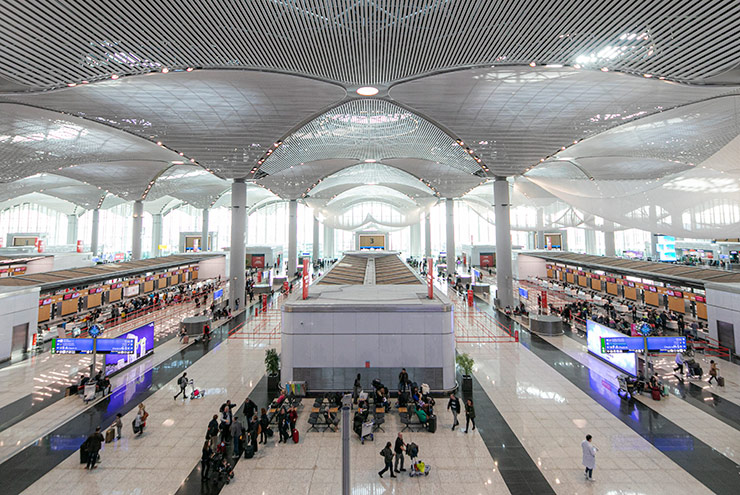 From the airport to Istanbul

The city centre can be reached easily by public transport at a fraction of the cost from Istanbul Airport. Those who are used to travelling in comfort can hire a car or take a taxi – depending on the destination, such a trip will cost 150-200 Turkish liras.

To find cheap hotels in Istanbul, we recommend using the online travel agency Booking.com, which will select the best options for you.

For travellers’ convenience, two types of buses are available and their stops can be found at the terminal exit. 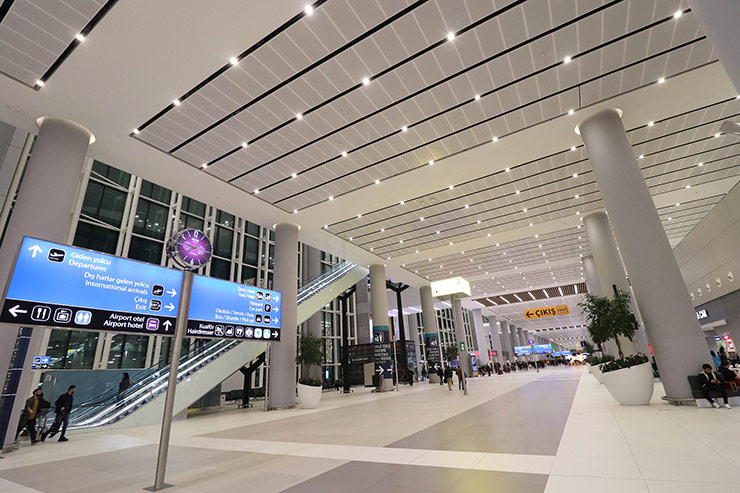 For instance, the airport is connected to the city by buses operated by the municipal company İETT. There are six routes available to visitors to Istanbul:

The fare for two tickets is 7 Turkish liras (approx. €1).

Transportation between the airport and Istanbul is also provided via eight HAVAİST bus routes, an official airport shuttle service: 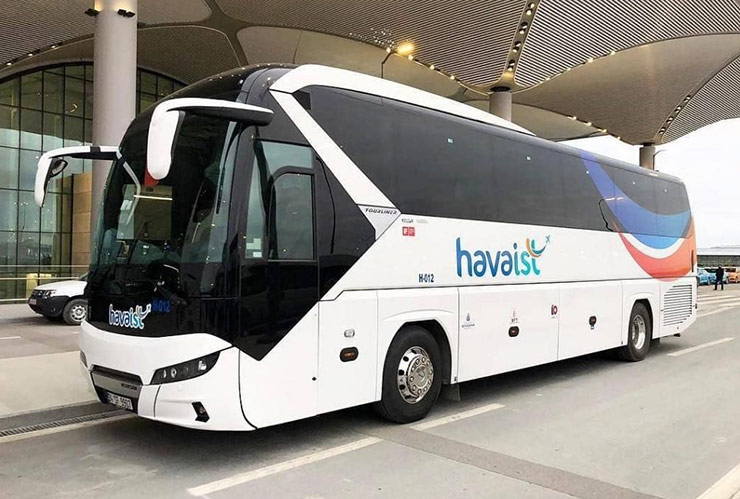 Ticket prices vary depending on which part of the city you need to get to. For example, a bus ride to Istanbul’s bustling Taksim Square will cost 30 Turkish liras (HVİST-14). The same cost applies to the famous Sultanahmet district, where Istanbul’s main attractions are located (the HVİST-12 bus drops off at Beyazıt Square, then takes a tram or walk – a distance of 1.5 km).

The journey time will be between 60 and 100 minutes depending on the route. Fares can only be paid with the İstanbulkart (www.istanbulkart.istanbul), which can be purchased and recharged at a special machine or kiosk at a cashier located near the bus stops.

The author of this video takes you through Istanbul Airport Terminal in the direction of İETT and HAVAİST bus stops.