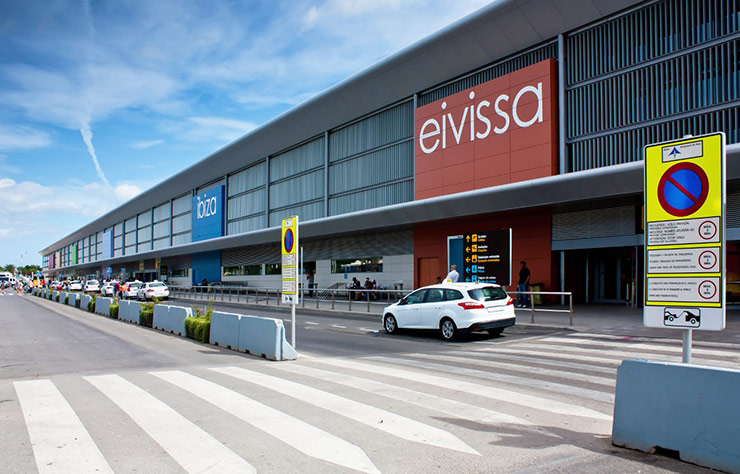 Ibiza International Airport is located on the Spanish island of the same name in the Mediterranean Sea, seven kilometers from the local capital – the town of Ibiza. The airport serves also Formentera Island, located several kilometers away, and connected to Ibiza by ferry.

There is only one terminal in operation, despite the fact that Ibiza Airport is one of the twenty busiest passenger airports in the country. Many low-cost airlines, such as EasyJet, Eurowings, Jet2.com, Ryanair and Wizz Air, operate regular flights to Ibiza Island, which is considered a fashionable European resort.

At the service of passengers are car rental companies, cafes and restaurants, shops, a currency exchange office, a pharmacy, playgrounds for children. In addition, everyone can connect to free Wi-Fi via the ‘Airport Free Wifi Aena’ network. If you need to withdraw cash, there are two ATMs in the arrival area.

According to the classification of the International Air Transport Association, the Ibiza Airport has been assigned the code ‘IBZ’. 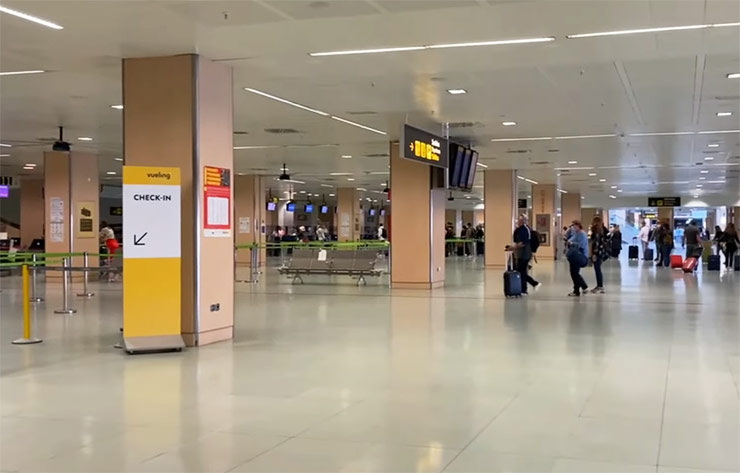 From the airport to Ibiza, San Antonio and Santa Eulalia

Given the modest size of the island, local public transport is quite well developed, but is represented only by buses. They should be guided by when planning a route.

To find cheap hotels in Ibiza, we recommend using the online travel agency Booking.com, which will select the best options for you.

To get from the airport to the capital of Ibiza Island, you should take bus No.10, which runs every half hour. The stop is located at the end of the terminal – to the right of the exit. The first bus leaves at 7 am, the last one at midnight. The fare is €3.50. Tickets can be purchased from the driver. The final stop in the city is the CETIS bus station. The journey will take 30 minutes. A similar trip by taxi will cost €15. 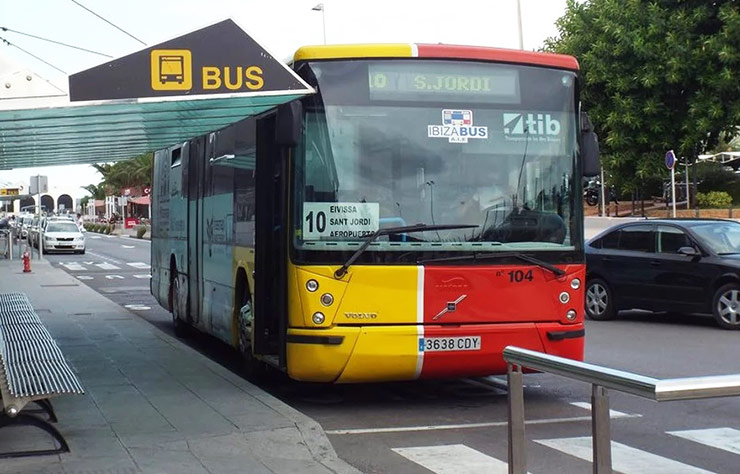 If necessary, you will need to get to the city of San Antonio Abad by bus No.9, which stops near the airport terminal. This route is relevant at the height of the tourist season – from June to October. Buses depart every hour from 7 am to 11 pm. You can buy a ticket from the driver for €4. The final stop is the bus station of the city. The journey time will be 45 minutes. Taxi services will cost at least €30.

Another bus – No.24 – connects Ibiza airport with the city of Santa Eulalia del Rio. And here it doesn’t have a final stop: after unloading passengers at the bus station, he goes further – to Cala Nova beach. This is a seasonal route operating from May to October. The bus stop is located near the terminal. Transport runs every 30 minutes from 8 am to 11 pm. The fare is €4. Tickets can be purchased from the driver. It will take about 50 minutes to drive. A taxi will deliver to your destination for €40 or more.

From the airport to Formentera Island

If you need to get to Formentera Island from Ibiza Airport, then you should buy a ticket for bus No.10 for €3.50 and get to the port of Ibiza – this is the penultimate stop on the route. The next mode of transport is a ferry, as Ibiza and Formentera are separated by a 20-kilometer strait. Note that an alternative to the bus can be a taxi, whose services start from €15. 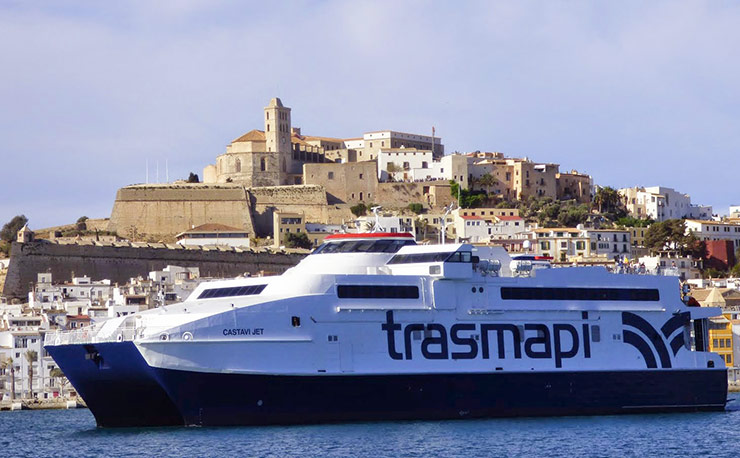 The ferry is operated by three companies: Trasmapi, Mediterranea Pitiusa and Balearia. The traffic intensity is so high that it makes no sense to adjust to the schedule. The crossing takes 35 minutes. Usually ferries depart every half hour, mainly from 7 am to 9 pm. The fare for adults is the same everywhere – €26.50 one way and €45.50 including the return.

Together with the author of this video, you will visit the parking area, go inside the terminal and get acquainted with its infrastructure, as well as visit the waiting room.