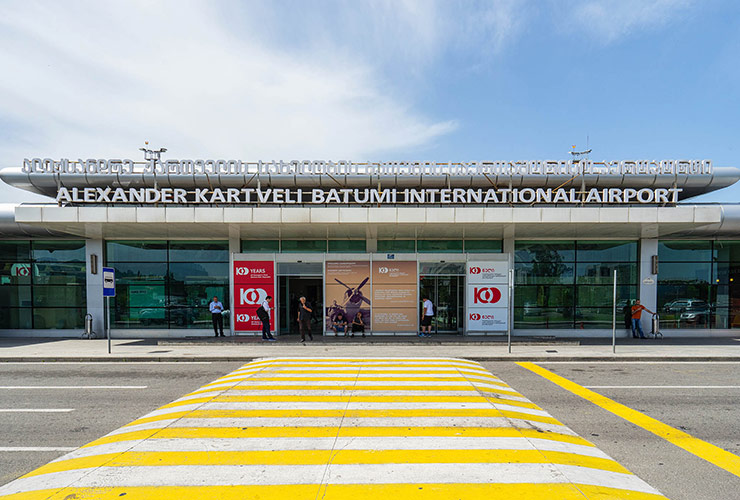 Batumi International Airport is located just two kilometres from the Georgian resort town of the same name. Batumi Airport is small and consists of one terminal. Each year the airport serves up to 600 thousand passengers.

The lion’s share of flights are domestic (Georgian Airways) and some international, such as from Ukraine (YanAir) and Turkey (Turkish Airlines).

Free Wi-Fi is available throughout the terminal. There is also a 24-hour help desk, which is located in the middle of the hall, an ATM and currency exchange. Parking is available across the street from the terminal building.

According to the classification of the International Air Transport Association, Batumi Airport is coded as ‘BUS’.

The official website of the airport is www.batumiairport.com (English version available). 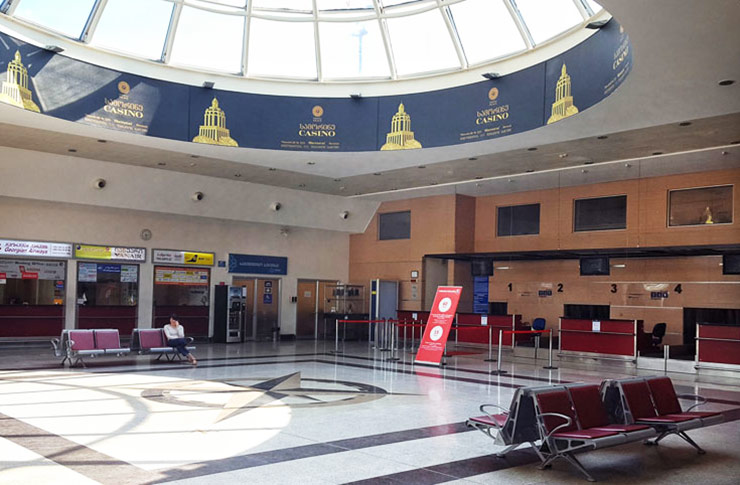 From the airport to Batumi

There are two ways to get from Batumi Airport to the city centre – by taxi or by city bus.

To find cheap hotels in Batumi, we recommend using the online travel agency Booking.com, which will select the best options for you.

A taxi ride to downtown Batumi costs 10 Georgian lari (€2.5) and takes 10 minutes. But that’s if you order a car using a mobile app or by calling directly. Private drivers ‘waiting’ in the arrival area or in the street will cost 1.5-2 times more. The most popular taxi services in Batumi are Maxim and Yandex.Taxi. Both can be downloaded from Google Play or App Store. 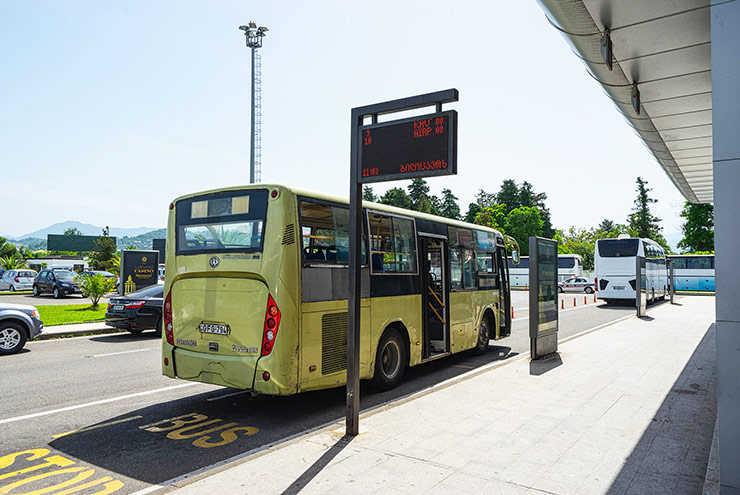 You can also get into town by public transport. There is a public bus No.10 between the airport and downtown Batumi. The stop is easy to find: at the terminal exit on the right. You can buy tickets at conductor. The fare is 0.30 Georgian lari (approx. €0.07). Please note that the conductor sells two tickets at once. Compost as usual – one per passenger. Journey time will be 20 minutes. The bus departs several times an hour during the day and there is an electronic timetable board at the bus stop for convenience.

From this video you will learn how the departures zone of Batumi Airport, including the waiting lounge and Duty Free Shop looks like. Keep in mind that the prices of Georgian alcohol in the latter are many times higher than in any other outlet of the city.