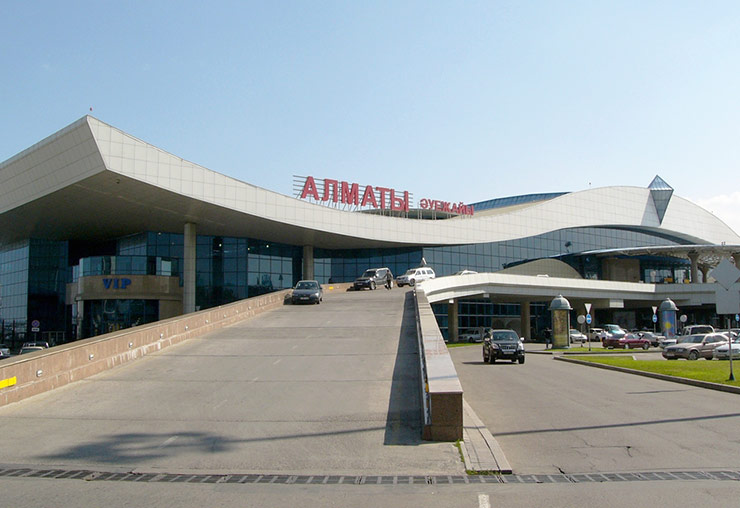 Almaty International Airport is located to the north of the city of the same name, just fifteen kilometres from downtown. It is the largest air harbour in Kazakhstan, both in terms of passenger traffic and traffic volume.

The airport terminal complex consists of one main passenger terminal with two floors. Free wireless internet access is available throughout the area. To connect, you need to select the AIRPORT_Almaty network and activate by text message.

There are also several ATMs located on the ground floor of the terminal. There you can also use payment terminals there if needed.

According to the classification of the International Air Transport Association, the airport of Almaty has the code ‘ALA’. 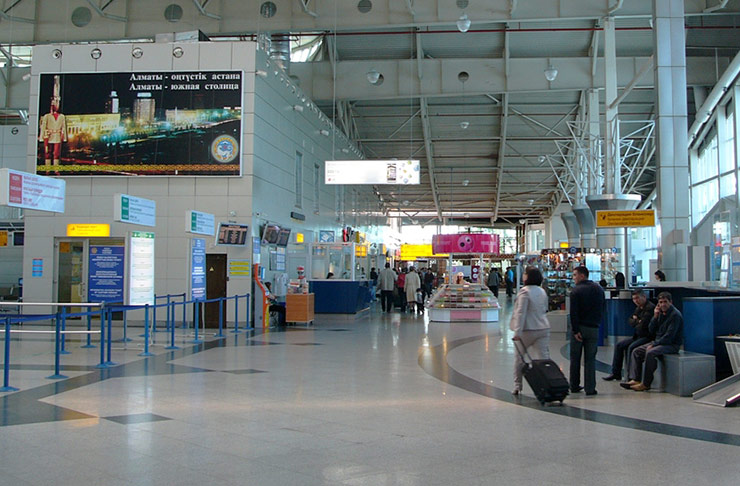 From the airport to the centre of Almaty

Thanks to the well-established transport network, travellers have little difficulty reaching their destination on their own.

To find cheap hotels in Almaty, we recommend using the online travel agency Booking.com, which will select the best options for you.

Let’s start with the most obvious and expensive mode of transport – taxis. Prices start at 2,000 tenge (the monetary unit of Kazakhstan), which equals about €5. This is if you call a car directly over the phone. The rates of private taxi drivers, who are on duty, are much higher. In addition, guests and residents of Almaty can take an electric taxi from BlueSkyEnergy. If so, the minimum fare is at least 3,000 tenge (€6.5). You can pay for your ride either in cash or by bank card. 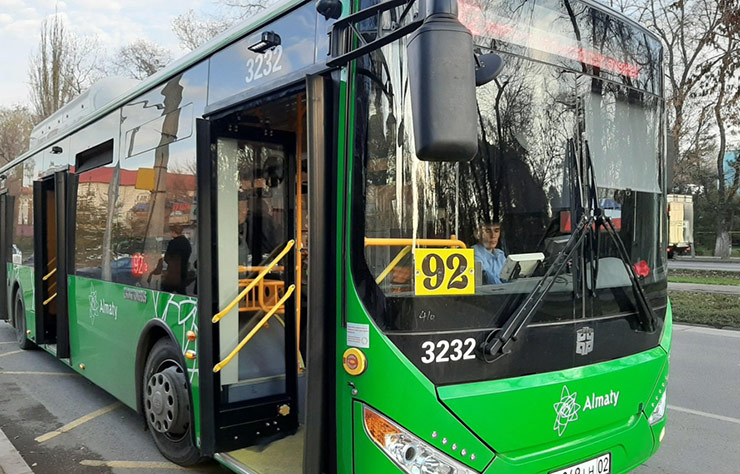 As for public transport, it is represented by two city buses that stop at the station square. Thus, route No.92 connects the airport with the centre of Almaty. The departure time is every 6 minutes. At night, from 23:00 to 06:00, bus No.3 runs, which not only crosses the central part of the city, but also goes to the popular housing estate Orbit. The interval between services is once an hour.

You not only have the opportunity to explore the surrounding airport area, but also to take a short tour of sections of the terminal, including the lounge.