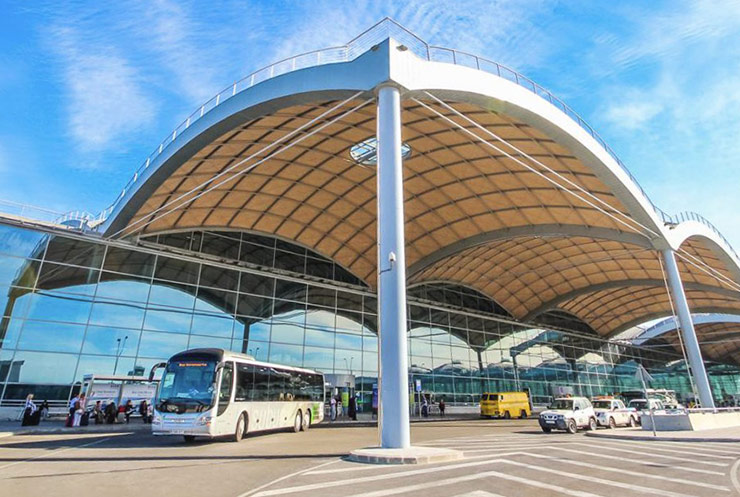 Alicante-Elche International Airport is located in the municipality of Elche, ten kilometers from the port city of Alicante, a popular resort on the Mediterranean Sea, especially among British tourists. It was built in 1967 and today is one of the five largest airports in Spain.

The airport consists of one terminal N, which was inaugurated in 2011 on the site of its two predecessors, which could not cope with the passenger flow. Since then, the airport’s capacity has increased significantly. Alicante-Elche is a hub for such well-known European low-cost airlines as EasyJet and Ryanair.

Free Wi-Fi is available for passengers. To connect, you need to find the airport network, enter the address freewifi.aena.es in the browser and log in using social networks or email. To withdraw cash, you can use ATMs, which are located on the second and ground floors, as well as in the parking area.

The International Air Transport Association has assigned the Alicante-Elche airport the code ‘ALC’. 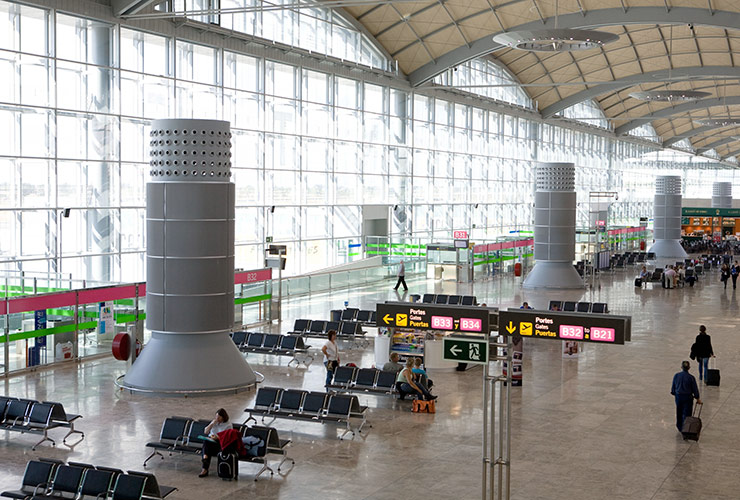 From the airport to Alicante

In addition to taxis, a bus route connects the city of Alicante with the nearest airport. It is also possible to use the so-called light metro (TRAM Metropolitano de Alicante), a hybrid of high-speed tram and metro.

To find cheap hotels in Alicante, we recommend using the online travel agency Booking.com, which will select the best options for you.

The easiest and cheapest way to get to Alicante city centre from Alicante-Elche airport is bus C6, which stops on the second level of the terminal. The fare is €3.85. Tickets can be purchased from the driver. The bus makes several stops, including at the Alicante railway station. The journey will take 25 minutes. The bus leaves daily, every half hour, from 6:00 am to 11:30 pm. 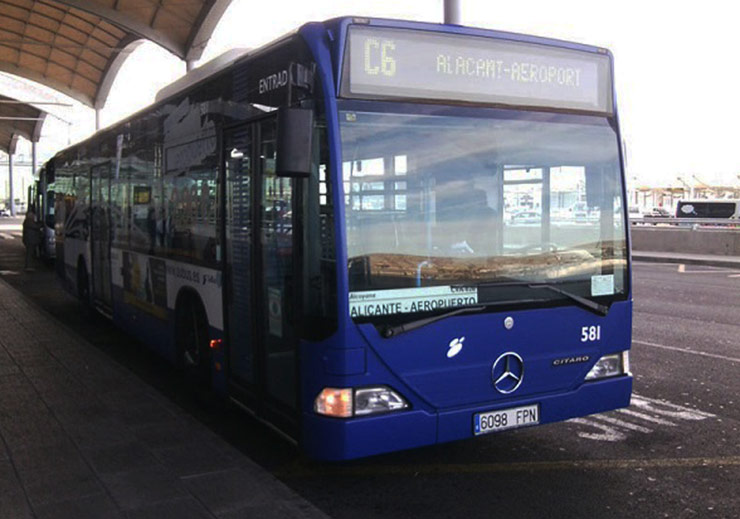 If you get off at the Plaza de los Luceros bus stop, you can transfer to the Luceros light metro station, and from there get anywhere in the city.

As for taxi services, the prices for a trip from the airport to the city centre start from €19. Travel time will be 15 minutes.

The author of this video arranged a walking tour of the Alicante-Elche airport terminal, so you have the opportunity to get acquainted with the infrastructure presented there.